Carbon Credits 101, Episode 5: How To Build a Forest 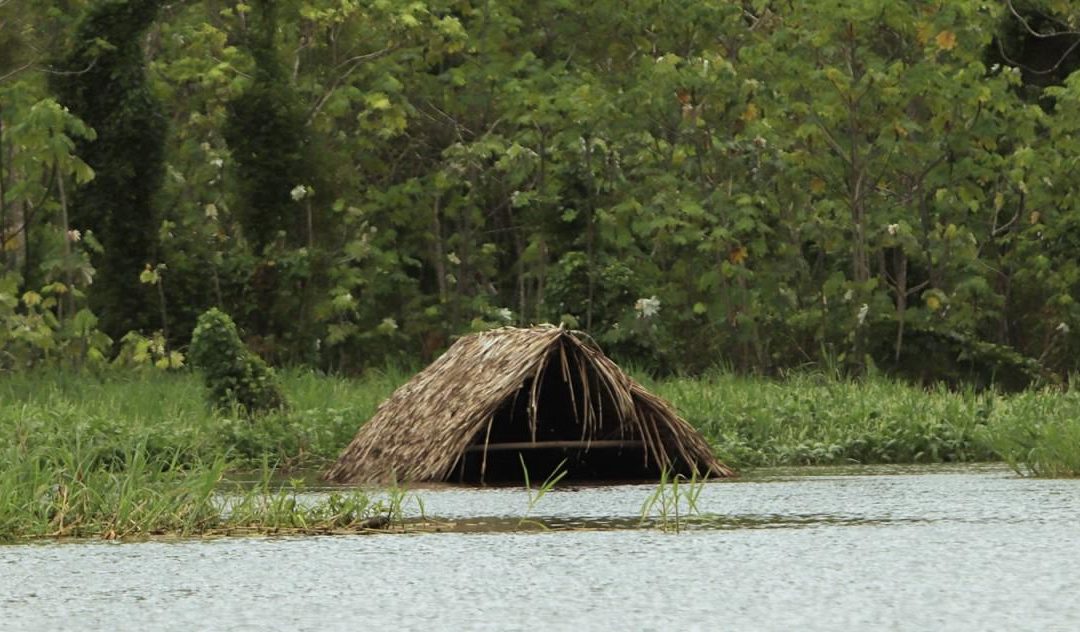 During his ten-day trip, John travelled some 700 kilometres with a film crew along Matavén’s rivers, visiting over a dozen indigenous communities to learn more about the project. One of Matavén’s Indigenous Elders, Cacique (Chief) Matsulu hosted John personally, providing unique cultural insights into the project. Carbon Growth Partners Chief Impact Officer Charles Bedford caught up with John by phone as he emerged from the jungle…

CB: So, tell me about Matavén.
JM: The place is unbelievable, totally spectacular. Pristine rivers flooded gallery forests, tall Terra Firme jungles, savannas. The communities had never been visited by a journalist before, and certainly haven’t seen much evidence of government. But they were incredibly warm and welcoming and keen to learn more about how people view their role in saving the climate by preserving the forest that we all depend upon. Cacique Matsulu is thoughtful and focused about the project and appreciates the before and after impacts of the project over the last ten years. You can tell he cares about making this work, from the perspectives of the community, and the whole forest carbon model. I’ve been fortunate to visit many special places in Colombia and the rest of the Americas, including hundreds of protected areas and indigenous reserves, but I’ve never seen anything like the Selva de Matavén.

CB: How’s the access?
JM: We were deep in the middle of nowhere. Just getting there is an adventure in itself. After driving from Bogotá to Villavicencio, we boarded a twin-prop Piper 31 Navajo light plane for the two-and-a-half-hour flight to the town of Cumaribo. The rest of the trip was by boat. After being met by Cacique Matsulu and Gustavo Muriel, from project developer Mediamos, we visited the offices of ACATISEMA, the Indigenous collective that manages the project, as well as the community’s new, multi- level health clinic. Both were funded by the carbon project and are unlike anything I’ve seen in a small rural area in Colombia. I met with the ACATISEMA team including the organization’s CFO, a young indigenous woman from Cumaribo who has just finished her MBA thanks to funding from the carbon project.

CB:  What’s life like in the forest?
JM: It’s pretty much a subsistence lifestyle. Everything comes from the forest or the river. Very few people speak Spanish, mostly native languages only; almost none of the women I met spoke Spanish. The poverty in this part of Colombia is harsh, and the existing options for economic activity are generally limited to wildlife poaching, illegal timber harvesting, small-scale gold mining and drug crop cultivation. That’s why the income from the carbon project is so vital to the wealth of the community and the health of the forest.

CB: There was a press article recently questioning if the threat and rate of deforestation at Matavén was accurate. What does Cacique Matsulu say about this?
JM: He and the whole community are concerned about these questions and upset by the fact that the people criticizing the project have never bothered to come and see it with their own eyes. The Indigenous people living in Matavén see the pressure to harvest logs, poach wildlife and dig for gold and oil on a daily basis. They think that the bargain that they’ve struck – to forego those economic opportunities in favour of a more sustainable local and global future – is a reasonable one. They know that they won’t get rich from carbon credits, or achieve a western standard of living anytime soon, but they are hopeful that their efforts can continue to improve their lives while they play their part in stabilizing the climate. Without carbon finance that won’t happen.

CB: What does the future look like for the people of Matavén?
JM: Creating civil society in remote country amongst six separate tribes is hard work, but the funding provided by the project reinforces their commitment to each other and to the land. I can see benefits already accruing: kids are getting schooling, elders have better access to health care, and important economic development projects are being carried out thoughtfully; while I was there, I saw expert-led workshops about sustainable fishing to meet the significant market demand as well as cacao farming projects that are already yielding strong harvests.

Before the forest carbon project started, these communities had barely seen or heard from the Colombian government. Now, thanks to the carbon project, the nearly 18,000 Indigenous people living in the reserve are making progress towards their development goals, on their terms.
Note: An account of John’s visit to Mataven was published in the Stanford Social Innovation Review. You can read it here: