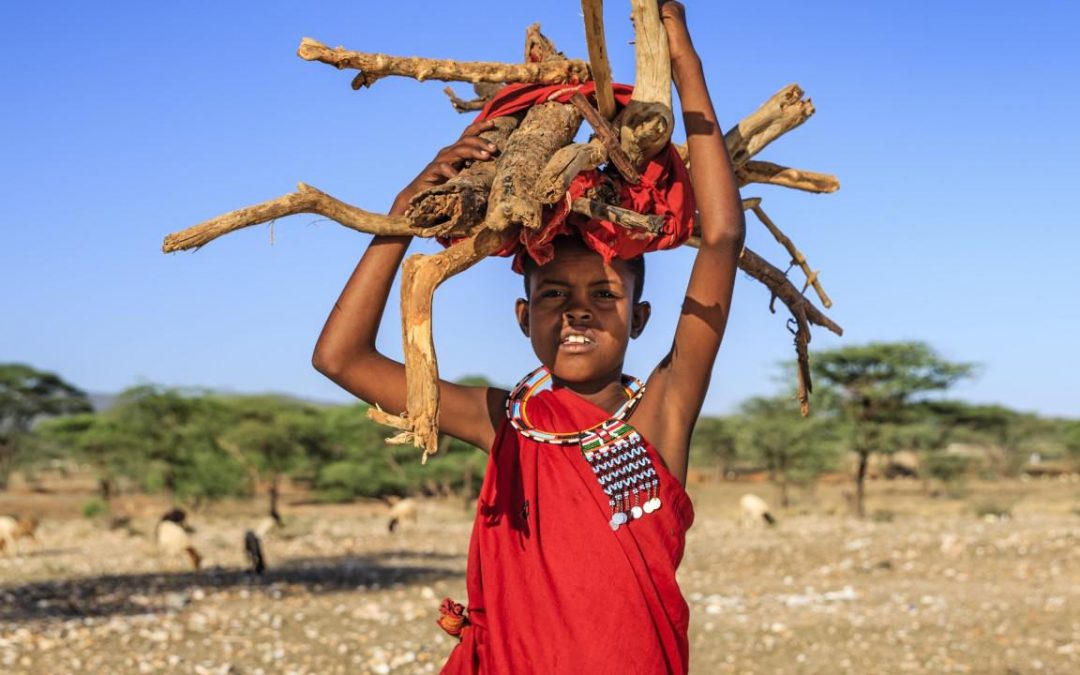 This is the first in a series of articles that seek to demystify carbon credits by explaining – in 600 words or less – how they work, the benefits they deliver and the challenges they face. In this edition, Carbon Growth Partners Chief Impact Officer Charles Bedford explains how clean cookstoves deliver benefits for people, nature and the climate.

Since 2021, Carbon Growth Partners has been allocating capital to finance carbon credits from clean cookstove projects in Africa and Asia. When dangerous, environmentally damaging indoor open fires are replaced with cleaner alternatives, carbon emissions are reduced. These emissions reductions can be awarded a carbon credit for each tonne of CO2 emissions avoided. These credits can then be sold as an emissions offset, generating income and employment for local people. The positive impacts for people and the planet are staggering.

Nearly three billion people worldwide cook their meals and heat their homes using open fires. Harvesting and burning wood and charcoal in open fires worsens deforestation, causes respiratory diseases and prevents women and girls from participating in work and education. For decades, international aid agencies have attempted to upgrade this rudimentary technology to a healthier option for people, nature and the climate. Those attempts are finally getting traction thanks to the financial incentives provided by the carbon market, through unusual alliances between partners as diverse as factory owners in Malawi, trucking companies in Zambia, churches in the DRC, French banks, multilateral agencies and of course, Carbon Growth Partners.
The Carbon Growth Opportunities Fund has close partnerships with the French carbon developer AERA and the US-Australian C-Quest Capital, global leaders of the cookstove revolution that deliver social impact, carbon mitigation and financial sustainability. Decades spent decoding the local economies and cultures of Africa, Asia and Latin America, combined with carbon financing, are now scaling up the manufacture and distribution of cookstoves to families in poverty-stricken, war-torn and vulnerable regions of the world.

1. Reduction of physical harm and risks to women’s safety while collecting wood, often collected by hand and on foot many kilometres away from their villages.
2. Health improvements from the reduction of exposure to PM 2.5 and other toxic elements when inhaling smoke while cooking.
3. Time-savings of up to two hours per day from reduced fuel collecting and cooking food, providing more opportunities for work and study, especially for women and girls.
4. Healthier agricultural landscapes and nearby forests, protecting watersheds and biodiversity and increasing resilience to climate change.
5. Cookstove projects reduce drudgery and free up time for women and girls by eliminating the need for frequent gathering of large diameter firewood.

It is these co-benefits that make cookstove credits increasingly attractive to companies with an integrated climate and ESG agenda. Meeting this increasing demand isn’t easy. Imagine building a factory in Burundi, training workers, finding facilities, and getting tools imported. Then think about moving finished stoves onto trucks and then onto boats to sail down Lake Tanganyika to a small port in the Democratic Republic of the Congo where they have to clear local customs, then be sold and distributed by a network of local contractors, usually women on bicycles, into rural villages across the eastern Congo. The complexity of having to deal with rainy season roads is only partially offset by the support of the Catholic Bishop for the region who has embraced these stoves as part of the critical path out of poverty for his flock. Now imagine going back to these villages, every few months, to make sure the stoves are in good repair and in use to be able to prove the carbon outcome and then navigate the rigorous credit verification process.

While challenging to deploy, clean cookstoves are the sort of innovative, entrepreneurial and simple idea that can make a huge difference in the lives of individual people and families, while helping to heal our collective atmosphere. We are a long way from eliminating poverty and from fixing the climate, but to Carbon Growth Partners, clean cookstoves are an impactful and profitable way to invest in both. 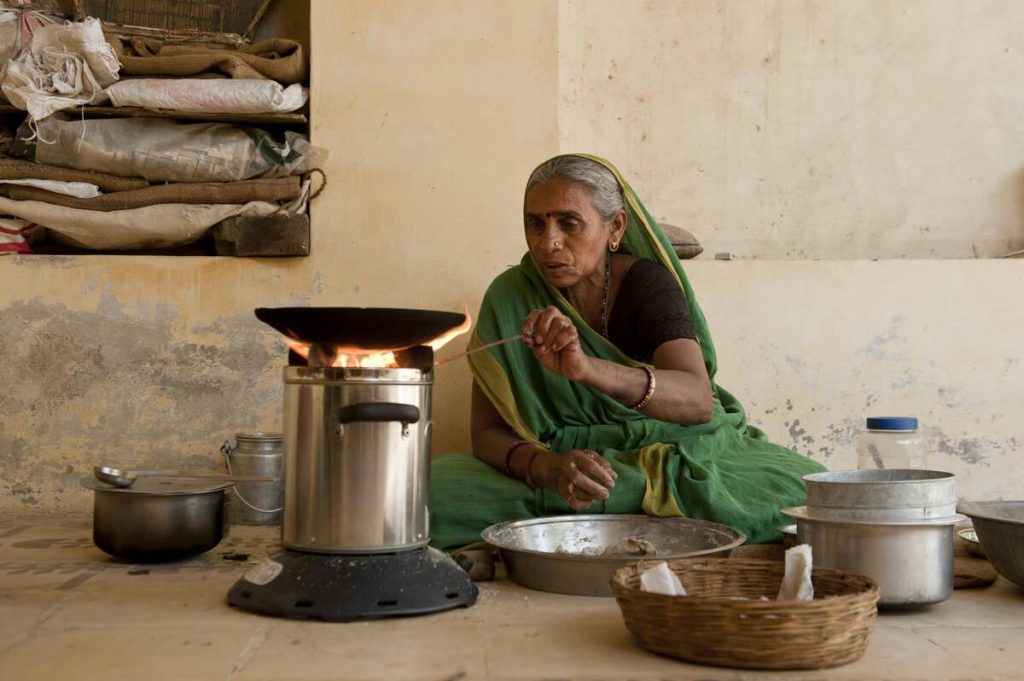 Leela Ben cooks food on her cookstove at her house in village Ganeshpura in Mehsana District in the Indian state of Gujarat. Credit: Romana Manpreet.