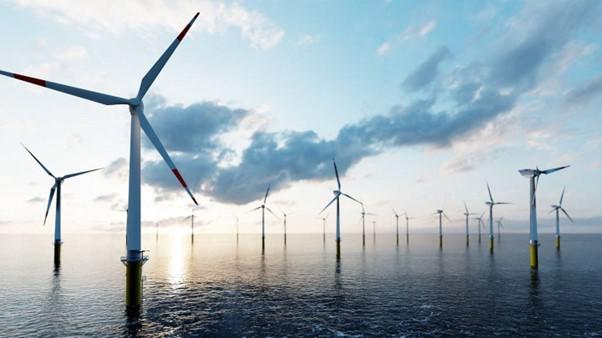 First, an overview… Regulated carbon markets, also known as compliance markets or emissions trading systems (ETS), are market mechanisms that governments use to provide economic incentives (carrots and sticks) for polluters to reduce carbon emissions. Typically established as cap-and-trade systems, they are geographically restricted and cover those sectors that are seen to be most responsible for the most carbon pollution and the least political risk, usually stationery energy, waste management and heavy industry. Agriculture and land use are typically not captured. The government allocates allowances or permits to pollute based on historic emissions. If a company emits less than their allowance, they can then sell their permits to a company that has emitted more than their allowance. The pollution cap steadily reduces as the government issues fewer permits. This causes the price of carbon to rise and drive the decarbonization of industry in the regulated sectors. In short, regulated markets are designed as a means to incentivise businesses to ‘do less harm’.
In contrast, the international carbon market was born out of the desire by polluting companies to reduce their net carbon emissions even when not required to do so by law. This desire arose from the pressure applied by these polluters’ shareholders, capital providers, employees, customers and civil society, and by the threat – if not the reality – of future regulation. In response many companies have made pledges to become net-zero emitters by 2030, 2040 or 2050 and a number have achieved net zero or ‘carbon neutrality’ already, including all four of Australia’s largest banks.

Companies can reach those net emissions target through a variety of offsets projects, some of which we have highlighted in previous investor updates. These investments include supporting Indigenous people and communities in Colombia to protect their ancestral lands from logging, electrifying rural villages in India with renewables, or helping families and small businesses in Africa replace open fires with efficient cookstoves. These projects all are compliant with peer-reviewed scientific methodologies that calculate how much greenhouse gas is sequestered avoided, audited by third party verification bodies, certified by an independent standards body, and re-checked periodically to ensure that the project is meeting its obligations. Projects can only receive carbon credits after the emissions reductions or removals have been achieved, providing pay-for-performance assurance. In short, the international carbon market pays people, communities and businesses to ‘do more good’.

So, which is better for the planet? Doing less harm? Or doing more good?  The answer, of course, is that the world needs both. And both need to be done well, quickly and with integrity at massively increased scales.   For many years – and still today – however, the penalty and reward for emitting less CO2-e in regulated markets (usually wealthy countries) has vastly exceeded the price paid to developing countries to capture carbon or avoid its emission elsewhere. At the time of writing, the reward for avoiding one tonne of emissions earned by a power company in Germany via the EU ETS is roughly 12 times that earned by a power company in Uganda, and around 25 times that paid to a small landholder in Colombia. This has the effect of shifting investment away from the people and places who need it the most if we are to deliver a safe climate for all.

Fortunately, the carbon market landscape is shifting. The Glasgow pact endorsed the approach of the international carbon market and its contribution to the global climate solution. And increasingly governments as different as Australia, Japan, Brazil, Switzerland and South Korea are allowing projects from the global market to count in their own regulated systems.  The United Nations will soon create a global meta-registry for projects and act as the traffic cop and accountant between the parties to the Paris agreement (which is all of the world except Iran, Eritrea, Libya and Yemen, and, until recently, the United States which has re-entered the agreement though is yet to formally ratify it).

For the next decade, compliance markets will be a key driver of decarbonization and a central pillar of the policy mix to achieve net-zero. Likewise, international carbon markets will play a critical and complementary role by creating incentives to scale up carbon removal technologies, addressing emissions sources not covered by compliance markets and providing opportunities for the investment community to drive innovation and much-needed scale.
Achieving an integrated ‘voluntary’ and regulated carbon market will require interdependent enabling factors such as increased demand, project and process integrity, sound infrastructure and clear science and accounting. Together, the increased transparency and confidence these factors bring will make some carbon credits more highly valuable in the future, while others could become valueless. The trick will be knowing which is which.